The 2nd edition of Coder's Quest took place on the 25th of October 2019, from 18:30 Hrs to 20:30 Hrs in G29-307.
The event was hosted by the Coder's Quest group. Along with them, faculty member and advisor, Gabriel joined. In addition, Amar, Farhaan and Yash joined the event as volunteers.
The event was attended by 10 participants who were keen on getting their hands on the puzzles and programming tasks presented to them.
At the beginning of the event, the participants were split into two teams based on their chocolate pick from a bag. Of course, they did not know which chocolate they were going to pick.
Once the teams were formed, the competition began and it consisted of three rounds in total. The two teams - "Crazy Bounties" and "Snickers" were competing for the "Winners of Coder's Quest 2.0" title. As each round was passed - the number of questions was decreased and the level of difficulty was increased. After a tense battle between the two teams - Team Snickers was declared as the winner at the end of the event (photo below). 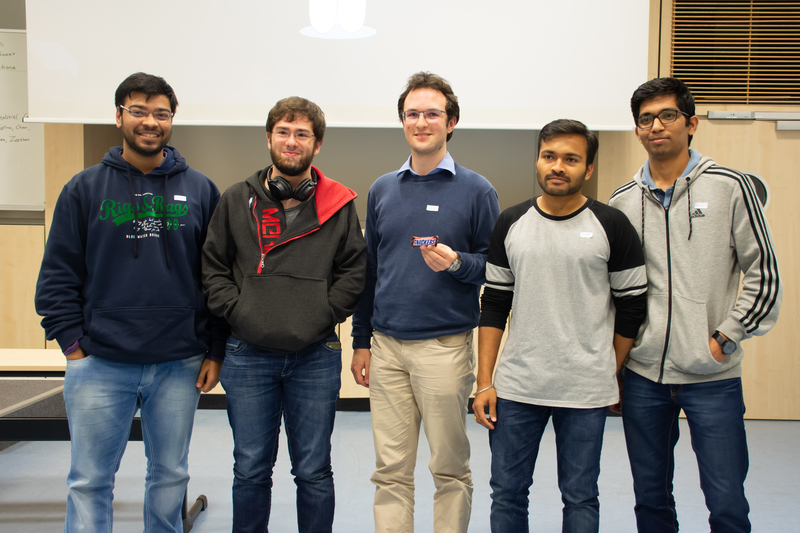 The photographs for the event was captured by Ayushi Dani.